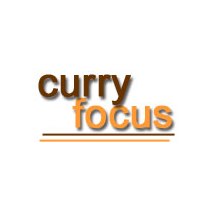 The vindaloo is one of the more popular Indian curry dishes eaten in the UK. A vindaloo is usually spicy hot and not the first curry that somebody would (or could) eat. The vindaloo is a popular dish amongst English football fans. In fact, a song called “Vindaloo” was released prior to the 1998 FIFA World Cup finals and reached number 2 in the UK music charts. The song is frequently sung by English fans at football matches.

So what is a vindaloo?

Well the journey starts with Christopher Columbus way back in 1492. Columbus sailed west to find a new route to the Spice Islands and stumbled into the Caribbean, landing at what he called San Salvador and which is now part of the Bahamas.

Columbus was not the first European to reach the New World but was the one to stimulate permanent travel, and trade, between the New World and the Old. Columbus was convinced that he had succeeded in reaching the Spice Islands and this was confirmed (to him) by observing that the local population spiced up their meals with pepper.

But the locals were not using pepper – they were using chillies. Chillies are native to the New World, being extensively grown in Mexico and South America and have been used in cooking in the Americas for thousands of years.

Confusion starts here because Columbus thought that the locals were using pepper, so he referred to the spices as pepper (he laso thought that he was in India and called the local people “Indians”). But chillies are not peppers. Rather, they are members of the capsicum family of plants and the name “chilli” is reputed to come from the Aztec word for the plant. So trade between the New World and the Old World started and part of the cargoes were chillies.

Not long after this, in 1498, the great Portuguese explorer called Vasco da Gama sailed down the west coast of Africa, rounded the Cape of Good Hope, crossed the Arabian Sea and landed in India The sea route to India had finally been established.

And this was the time when the chilli first appeared in India (yes, believe it or not, the chilli was unknown in India until the very end of the 15th century). The Portuguese established themselves in the Goa region and traded between the New World, Portugal and India.

Unlike the local population in Goa, the Portuguese ate meat, mainly beef and pork. The Portuguese had a popular dish that was meat cooked in wine vinegar with garlic and they started to add chillies to this dish. The dish was known as “carne de vinho e alhos” which, because of bad pronunciation by the local population, gradually changed into the word “vindaloo”.

So now the world has a vindaloo with chillies in it.

The Portuguese spice trade boomed and the British invaded and took over Goa in 1797.

The British tried the vindaloo and loved it. Even though the British stay in Goa was relatively short (only about 20 years), the British took Goan cooks and recipes across to British India. From there, it was only a short time before the vindaloo reached Britain where it became very popular.

To this day the vindaloo remains a favourite curry dish in Britain. Traditionally, a vindaloo is made with pork but there is nothing to stop you from making a vindaloo with beef, chicken and lamb. Just check out the Curry Focus vindaloo curry recipes for some easy to make vindaloo dishes. You can reduce the heat by cutting back on the chillies, pepper and mustard.

If you like a spicy curry, then why not try a vindaloo for yourself? You’ll probably enjoy the experience. Singing the vindaloo song is optional.

Chillies in a Curry

What is a Curry?