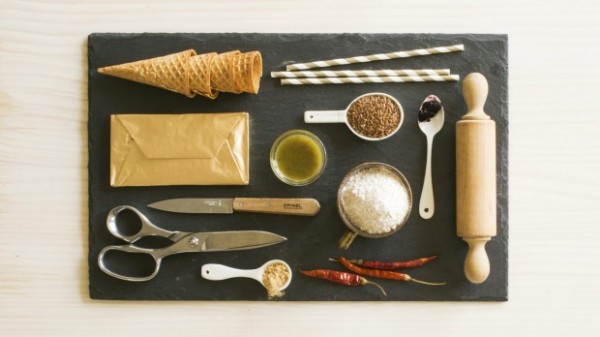 This month sees New Zealand’s most talented artisan food producers awarded for their talents in the Cuisine Artisan Awards 2016.  The winners delicious and innovative products range from frankfurters to ice cream.

This year is the eighth in the annual Cuisine Artisan Awards – proudly supported by L’affare – and attracted a large number of entries.
Judging was no easy feat as I sat with the other judges and sipped, nibbled and crunched our way through a vast array of products to finally get to the 10 winners.. The artisan producers who made the cut this year hail from as far north as Ohaeawai and Wanaka in the south.
Wellington Chocolate Factory (WCF) was named Supreme Winner for its Great War Bar, a coconutty, Anzac-biscuity treat made to commemorate the centenary of World War I and raise funds for Wellington’s Great War Exhibition. 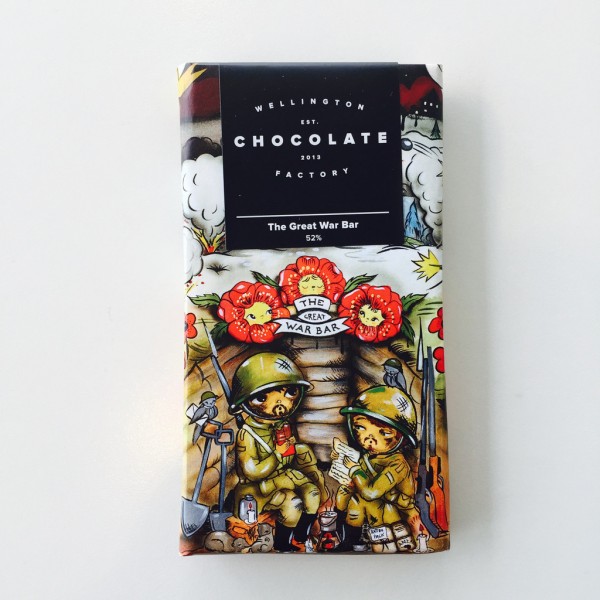 In researching how war and chocolate might be connected, WCF investigated the ingredients of the D ration bar – the United States’ standard military ration during World War II. The fact this bar was made with oat flour prompted the company to include oats in its new creation, which was combined with coconut in a nod to the World War I-inspired Anzac biscuit.
Known for their stylish artistic chocolate wrappers, the Great War Bar is suitably wrapped in poppies, soldiers and trenches as designed by contemporary artist Misery, an image that would be equally at home on your wall as on your chocolcate.

It’s the second Cuisine Artisan Award for Wellington Chocolate Factory, which was runner-up in the 2015 awards for its delicious Salted Brittle Caramel. The WCF was founded just over two years ago and in that time has impressed not only with its seriously delicious chocolate, but also its commitment to ethical and sustainable practices.

Wanaka-based The People’s Bread was named runner-up for its Multigrain Sourdough, made from locally sourced, organic grains including rye, several kinds of blonde wheat, brown rice and konini. The judges loved that owners Ruth and Jeremy source the organic grains locally, grind their own flour and even deliver the loaves on an electric bicycle.

Also from Wanaka, Pembroke Patisserie made the winners’ list with its thin, crisp Gingerbread Biscuits which have a lovely warm ginger flavour.

Duck Island’s Roasted White Chocolate and Miso Ice Cream, made in Hamilton, and Frankfurters from Frank’s Sausages in Te Aroha, are proudly flying the flag for the Waikato district.

The Canterbury region is represented by WabiO’s The Headless Kombucha, a thoroughly unique fermented tea drink.

Cuisine Artisan Awards head judge Fiona Smith says deciding the winners is always a tough task. There were more than 60 entries this year, including some new and interesting flavour combinations that challenged and delighted the judges’ taste buds.

“We’ve had some incredibly interesting entries, with the most surprising being Duck Island’s Roasted White Chocolate and Miso Ice Cream. I wasn’t sure what I’d think but as soon as I had my first spoonful, I couldn’t stop. It’s absolutely delicious.”

Find profiles of the winners in the March 2016 issue of Cuisine, on sale 15 February. Taste Cuisine‘s winning products at the Farro Fresh Market Day at Constellation Drive on Auckland’s North Shore on Saturday 20 February from 11 am to 2 pm. Farro Fresh stocks all the winning products and is pleased to support these awards as a silver sponsor.

Or join the Cuisine team at Auckland’s EURO on Wednesday 9 March from 6pm where renowned chef Gareth Stewart  will serve a stunning six-course menu featuring all of the 2016 winning products matched to prestige wines from Marisco Vineyard’s Kings Series. Marisco are also a silver sponsor of the Cuisine Artisan Awards.