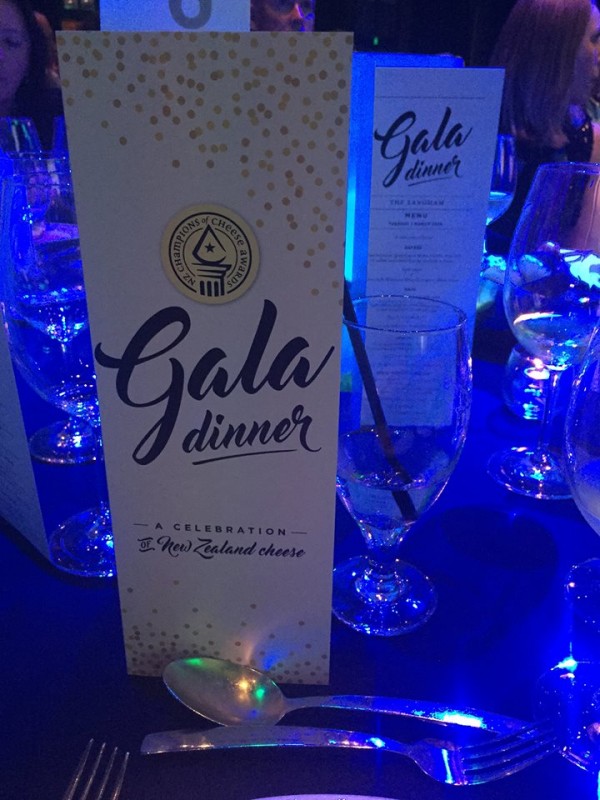 Last night I managed to score a front row seat at the NZ Champion of Cheese Awards for 2016.
While I was of course expecting to taste some delicious cheese and mighty fine they were at that, what I didn’t expect was the extent of the passion and pride of our cheese makers.

One by one those that took to the podium to accept their awards appreciated their staff, families and farmers with the heart felt tribute of Jeanne van Kuyk (pictured ) of Aroha Organic Goat Dairy to both her girls (goats) and husband, bringing tears to many eyes.  After first winning the Champion Goats Cheese award, Jeanne was a popular winner of the Champion Cheesemaker Award and the first female artisan cheesemaker in awards history to take out this title. 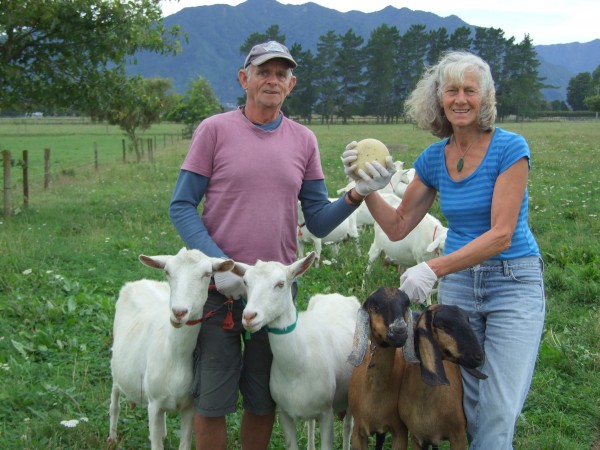 While of course some of the medal winners are owned by the big brand names there are still passionate individuals behind the brand, working hard to bring the best possible product to the table.

Puhoi Valley, under the guidance of their recently appointed highly skilled cheesemaker Franck Beaurain, took out many medals including the supreme title of Champion of Champions award with the Puhoi Valley Kawau Blue.  Kawau Blue is labelled in the retail sector as Puhoi Valley Gorgonzola Style Blue.  Officially the best big cheese in the country, Puhoi Kawau Blue was described by judges as an excellent example of a mild to medium flavoured blue cheese. “This has great rind development and superb even blue distribution. The texture is creamy with a great balance of spicy, savoury and sweet flavours,” Master Judge, Russell Smith said.
Another blue to take out top honours is Kapiti Kahurangi being the New World Champion Favourite Cheese Award by public vote.

New Zealanders have had a long love affair with Dutch style cheeses and this is evident in Mercer Cheese Extra Mature Gouda winning the Puhoi Valley Champion Artisan Cheese Award for smaller producers. This year saw a hat-trick for Mercer Cheese with their third consecutive supreme artisan win.

No stranger to medals is Miel Meyer from the family business Meyer Cheese. In accepting the top award for the highly contested Dutch Style Cheese, Miel tells us how his mum tasted the cheese from the scrap pieces set aside for family consumption and insisted he enter this particular cheese in the awards.  Great advice indeed. 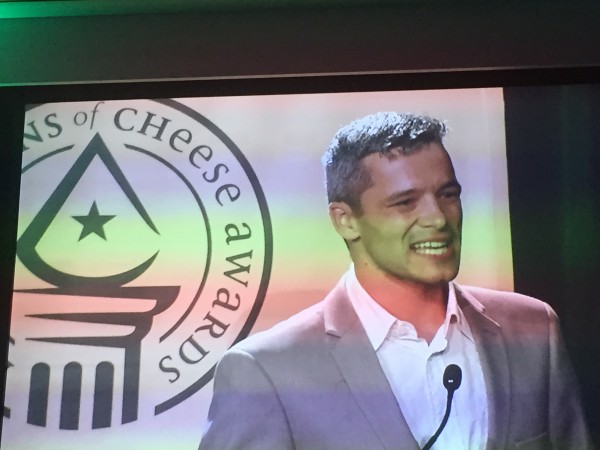 Personally I was thrilled to see Westgold butter from my home town Hokitika take out top butter.  My parents have raved about it for years.
“This is the sort of butter you just want to slather more and more on. It’s a very good example of a technically well-made butter resulting in an even, smooth texture and delicate sweet flavours,” Smith said.

With such a vast array of fabulous NZ cheese I can’t help but be reminded how much further we have moved along from the days of Ches and Dale and foil wrapped cheese triangles!

The Hunter Valley – a journey into abundance