Home » The Hunter Valley – a journey into abundance 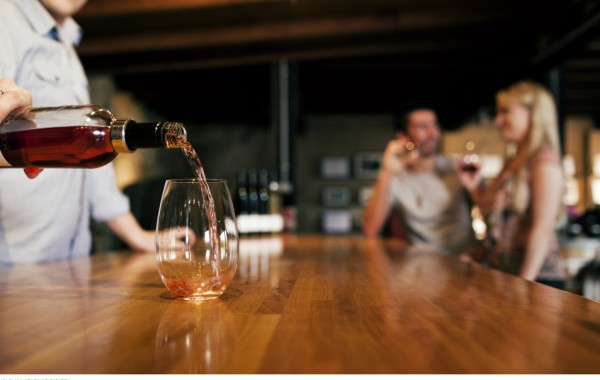 The drive north from Sydney into the New South Wales Central Coast and Hunter Valley is a journey into abundance. In the first hour the M3 motorway glides past the spectacular coastal scenery of the Hawkesbury River, where no fewer than five waterways, including the ocean, have made the area a bountiful home for the local indigenous Guringai people since the dreamtime.

Near Gosford, the highway turns inland into classic Australian countryside, where arable and grazing lands created prosperity for the region’s early European settlers. The first grape vines were planted in theHunterValleyin the early 1800s, making it one of Australia’s oldest wine regions. From the mid-20th century, aided by the excellence of its wines and its close proximity – only 130 kilometres – from Sydney, the Hunter Valley also became, and remains, one of the best-known. The names Tyrell, Lindeman, Wyndham and Tulloch, and well-known brand names such as McWilliams, Rosemount and McGuigan, reflect a local tradition of family-owned winemaking that now goes back five generations. In recent years, a thriving food culture based on local and seasonal produce has also emerged.

One of the key attractions of the Hunter Valley for visitors from New Zealandis its unique and rewarding taste experiences. The region’s distinctive wine-growing terroir produces some of the most regionally unique styles in the world, one of the best-known being Semillon, a white wine variety that is little known in New Zealand but is savoured by knowledgeable wine lovers in Australia. Delightfully fresh and zesty when young, Semillon develops wonderful characters of biscuit, malt, honey and toast as it ages. As you’ll discover, Hunter Valley Semillons are considered to be some of the finest in Australia. The region also produces renowned Shiraz, Chardonnay and Verdelho.

With over 140 wineries and cellar doors, a good number of which are clustered around the small township of Pokolbin, it’s easy to taste your way into new discoveries. Outlying wineries are mostly a short, scenic drive away through gently rolling countryside and several are regular venues for outdoor music and wine festivals, events and concerts, including performances by international superstars. A unique way to see them all is on an early morning hot-air balloon ride followed by a Champagne breakfast.

In the last two decades, the distinctive terroir of the Hunter Valley has also been embraced by a growing cooperative of artisan food producers who have founded an industry on quality specialty products. Local produce includes olives, olive oils and tapenades, jams, chocolates, cheeses, artisan breads and smokehouse goods. Coffee is roasted locally and the Hunter Valley even has its own boutique beer maker. Pick up a brochure for the gourmet food trail at one of the many local food outlets and go sampling and exploring.

If you dine out in the Hunter Valley– and there’s a huge range of offerings, from casual outdoor cafes to world-class fine dining – you’ll find the region’s superb produce featured on nearly every menu. The Hunter’s gastronomic reputation lures accomplished and awarded chefs and talented up-and-comers from around Australia and beyond, making it a wonderful destination for even the most discerning gourmet. For superb dining experiences try Muse, at Hungerford Hill Winery, Major’s Lane Restaurant in Lovedale, and Margan Restaurant in the peaceful rural setting of Broke.

Although its focus is on gourmet food and wine, the Hunter Valley also has a thriving arts community that draws inspiration and energy from its places and people. Here you’ll find local artists working in a range of mediums from painting to sculpture, glasswork to photography. Plentiful local galleries provide a nirvana for art lovers and curio hunters. With all this, plus pampering spas and heritage attractions, the Hunter Valley offers an abundance of enjoyments for the sophisticated traveller.

Find Sanctuary in the Hunter Valley with Peppers