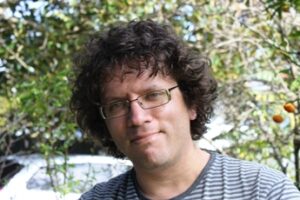 Is it just me, or is it shaping up to be an unusually good spring on the food garden front? Everything just seems that little bit more verdant, lush and bloom-laden this year.  I’ve not yet checked Met Office charts against the same period last year- mostly because I’m a busy boy and that’s a bloody a boring thing to do, – but I suspect it’s been warmer than last year, and I think the haste with which my bees went all swarm-happy would back this up.

My Cox’s Orange Pippin (apple) is smothered in shabby-chic coral blossoms, and their lovely apple-rose fragrance is wafting into the house as I write. I’ve been pleased to see my bees spend a good deal of time patronising these, which will no doubt help with fruit set, and hopefully produce some tasty honey too. Not that the tree needs much help with fruit set; in fact I will have to steel myself for a bit of crop thinning soon.  In the last few years my greed for copious volumes of apple wine, coupled with the tree’s tendency toward OTT benevolence, has led to biennial cropping. I hope I can break it of this tedious carry on.

My Seckle Pear, planted two years ago, appears to have set its first few fruitlets. Seckle (AKA Honey Pear) is a small but gorgeously sweet pear, with a buttery texture and spicy, perfumey flavour. I’ve been quietly obsessed with  Seckles since I tried them at a market stall in Verona (Italy). When a well-travelled friend told me that the best kept foodie secret of Verona was a pear I scoffed , not being terribly fussed either way about pears, and sure that beautiful city has more to offer on the food-front. It turned out they were absolutely right. Although I’m sure the general coolness of eating the pears on the steps of a two-thousand-year-old amphitheatre seasoned them with atmosphere, these were quite stupendous fruit by anyone’s reckoning. If you happen to be in Verona in autumn (and who isn’t?), these pears are not to be missed. For everyone else, why not plant one? The Seckle has some other great tricks up its sleeve too: it’s self-fertile (almost unheard of in pears) but serves well as a pollinator for any other pear with synchronised blossoming; and it forms a relatively small tree (compared to the General Sherman-like tendencies of other pears).  But I shouldn’t get too excited just yet. The universe is ever listening and seems to take pleasure in punishing me for plant-related boasting.

It must be a good year for brambles in Auckland, because like Helen, my boysenberries and raspberries are covered in flowers. The latter are thuggishly annexing one corner of the garden from the grasp of their various plot mates – most notably a redcurrant bush. Fortunately currents don’t mind a bit of shade, and my bush looks set to fruit well regardless of its neighbour’s lebensraum sense of entitlement. Redcurrants don’t really taste of much, but with their tart juiciness are refreshing and implausibly pretty. Even my usually reluctant blackcurrant is flowering well this year, which is just as well really as I’d all but signed its death warrant.

My peaches are covered in fruit, my gewürztraminer vines are an unprecedented a froth of flowers, and my misi luki banana is sporting magnificent flowers spikes.  I don’t like to count my chickens before they hatch, or my fruit before it falls, but so far this season, so bloody good!

One thought on “Fervent Anticipation”