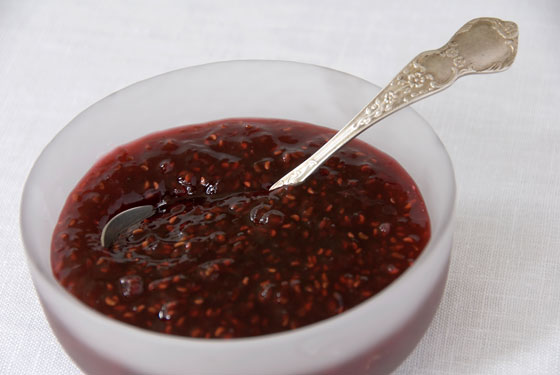 It’s a known fact- by which I mean Jerry Seinfeld once said it- that if a person says the name of whatever gift you’ve presented them with, it means they don’t like it. For example “a shaving brushe!!”   Now obviously nobody has ever been pleased to get a shaving brush, it’s a bad gift. The recipient is just doing their best to conceal their hurt and disappointment. If they really liked it they’d just say something ‘thank you!’ and give you a hug.

But a shaving brush is nowhere near as doer a gift as homemade jam. Jam is the worst gift you can ever give a person, and I guarantee whoever you give it to will tear open the wrapping and immediately exclaim “ooooh jam!”,  meaning: “JAM? Seriously, you’re giving me jam? When did you start hating me?”

It’s often said that it’s ‘the thought that counts’ with gift-giving and I totally agree. This makes a gift of jam even more offensive. What exactly WAS the thought, ‘I hope you get type 2 diabetes?’

Thing is, even the very best homemade jam is only ever nice. It’s never exciting; sexy or nuanced. Nobody ever woke up in the middle of the night and sneaked downstairs for a naughty little smear. So to speak.

Like all preserves, jam is purely functional stuff. It’s like shoe polish. We need it, sort of, but we don’t think about it much, and it certainly doesn’t engender excitement.

And let’s be honest , a gift of homemade preserves is never given without a measure of smugness. It positively reeks of “look what I made with MY hands, from MY land”.  Oh don’t worry, I do this too but I actually say it out loud. So much easier when one is direct.

Apart from damson jam, which I like as much as one can ever like a fruit jam, and chestnut jam which is a thing of rare beauty, I don’t bother making the stuff anymore. Even the smallest batch takes about 7 years to get through, and  there are plenty of very decent ready-made alternatives. I’d rather turn 20 kgs of windfall plums into something alcoholic.

Besides, jamming is a thuggish thing to do with good fruit and a last resort for everything else. Take cranberries for example- fresh cranberries, even at the peak of ripeness are revolting things- sour, bitter and mealy. They are only rendered edible when boiled into submission with vast quantities of sugar. But what about all that delicious cranberry juice, you say?  You mean light sugar syrup flavoured with a few drops of cranberry concentrate and acidity regulators? Lovely stuff, but juice it aint. You’d remember if you’d ever had a glass of pure cranberry juice, because your face would still be gently un-puckering.

But not only will the ‘beneficiaries’ of your jamming efforts mutter darkly behind your back and never actually eat the stuff,  they’ll be  further annoyed when they get around to chucking it out. Jam takes forever to wash away and little pulpy bits of former fruit get stuck into every crevice of your sink and drainer. Neither worms nor chickens will touch the stuff either.

So, to recap – Jam is a terrible, hateful gift. It’s boastful, boring, and unimaginative and may induce a diabetic coma. It also gives the recipient a horrible clean up job and a dose of guilt about being such an ingrate. That’s not to say you shouldn’t keep some on hand. It’s useful enough on occasion, even quite nice when the mood takes you. However, it’s no more appropriate a gift than a tube of Vaseline.

Then again, what do I know? Last Christmas I gave everyone I know honey and eggs. This year it’s mead all around.  Never said I wasn’t a hypocrite.

Don’t give up your day job…

Why Do We Eat?