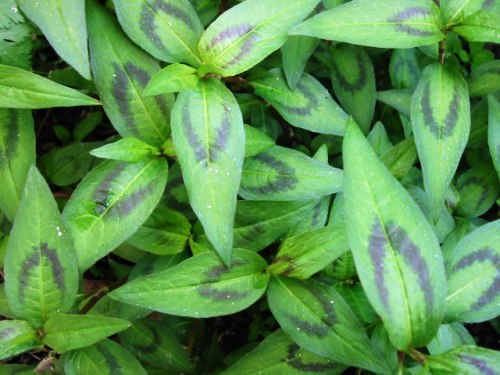 Last week I talked about my favourite common summer herbs. Among other things I urged caution when tempted by the many plants presented as herbs by garden retailers these days. For most of us garden space is at a premium, so why fill it with plants you either can’t eat at all or wouldn’t really want to, right? However, to borrow and corrupt an old botanical metaphor, there is still a bit of wheat among the chaff that is exotic herbal miscellany.

Contemporary New Zealand food is largely informed by our relative proximity to South East Asia, and the long standing global obsession with the cuisines and lifestyle Southern Europe. I pretty much covered the usual European suspects last week, which just leaves us with the more recent and mostly Asiatic darlings of our quite distinct local palate. Well, distinct if you don’t look too closely at Australia anyway. Of course these are just my top picks, i.e. the herbs I consider essential in addition to last week’s more staid selection, for my own brand of cooking. No doubt you have your own personal picks too.

Neither mint, nor strictly speaking Vietnamese, this woefully underrated herb (in New Zealand, anyway) should be at the top of the planting list for any Foodlover worth their Maldon. Also known as Laksa leaf, the plant forms a spreading perennial clump that will thrive to the point of invasiveness in warmer parts of the country, or can be grown in pots elsewhere. As a plant it asks for very little: plenty of water, a bit of light (but is happy with shade too), and regular picking. The pretty painted leaves (pictured)pack a fiery heat with a flavour strongly suggestive of coriander and citrus, with just a hint of mint. The fresh leaves are downright essential for spicy summer salads, especially those of an Asian persuasion, and really do make all this difference to Laksa. Vietnamese mint also makes a very good substitute for coriander leaf in many situations, although the leaves are not quite so tender.

Cuttings placed in water will sprout roots within a few days and by season’s end will have formed a rotund clump. Just about the finest of all Asian herbs by my reckoning, and almost criminally easy to grow.

The first Thai restaurants to open in New Zealand had to make do with dried Kaffir lime leaves, and as a result there was a curious soapiness to almost everything they served. Not enough to put me you off, you understand, but soapy and thin nonetheless.  You see you cannot cook Thai food without Kaffir lime leaves, and you certainly can’t cook very good Thai without fresh leaves. This viciously spined citrus tree, with it leprous fruit and jaw-droopingly fragrant, conjoint twin leaves, is effectively the green taste of Thailand – as ubiquitous to the Kingdom’s various cuisines as fish sauce and jasmine rice.

When the plants first became available in New Zealand they were heinously pricey (well over the $100 mark), but I begged and pleaded until my best beloved and mother combined forces and finances to get me one for my birthday. It was a pathetic little thing really, a rough-around-the-edges seedling barely out of its diapers, but I was as proud as any parent.  I’ve coddled and fussed over that tree for many years now and it has grown into a sprawling three metre-high monster. I’m even able pluck leaves from the comfort of my second storey balcony.

If you’re not into Thai (and to a certain degree Malay and Indonesian) food, then you won’t be much moved by any of this; but to all others, I urge you strongly and vociferously to go forth and plant a kaffir lime tree (they are now very common and affordable). The trees are about as hardy as Tahitian lime – possibly a little tougher – so pick your location carefully. In colder parts they will take to a conservatory quite happily

Another essential for the Asian-enthused cook, Lemon Grass is everything it claims to be:  a large clump-forming grass (with wickedly cutty-leaves), and it has a powerful lemon/generic citrus fragrance. It is unfortunately the sort of herb many people plant with great enthusiasm but end up thinking, “now what?” The leaves are sharp and inedibly tough, and the actual useable bit- the base of the stem – is usually encased in a woody and often muddy sheath. More work than most can be bothered with- which is great shame. Fresh, finely chopped lemongrass stem (sans all of the above) should be quite tender, and it imparts an almost ethereal citric fragrance to many classic South East Asian dishes. Don’t be alarmed by how much waste there is when preparing lemongrass. This is quite normal; it’s just not a very economical plant.

Lemon Grass likes a really warm spot and will suffer in wet soil over the winter months. Don’t plant too close to paths, as the leaves like nothing better than slashing at bare legs.

To be honest, there isn’t much incentive to grow your own ginger. The imported stuff is of a consistently high quality and is as cheap as chips. And seeing as the whole food-miles issue has been almost entirely discredited as ill-informed bollocks*, you don’t even need to worry about it being flown in from Fiji or Thailand (where all ginger in NZ comes from). Yet grow it I do, and for no other reason than it gives me pleasure. I hardly think ginger needs any introduction in the kitchen, so I’ll just stick to what I’ve learnt about growing it:

Ginger doesn’t exactly thrive outdoors in many parts of New Zealand, and even where it does (the far North) hardly warrants the garden space. The plants can however be easily grown in containers. As long as they are kept warm and wet all summer and mostly dry all winter, they should be very happy.

Ginger is a deciduous plant which spreads by way of a creeping (and as we know, very edible) rhizome- and it is from these roots that we propagate the plant. To do this put store- bought rhizomes into a paper bag and leave in a warm, dry spot for about one month. During this time the rhizome should start to send out tiny, pointy leaf shoots.  Assuming this has happened, the rhizome can now be planted, (shoots facing upwards) by half burying it in a 50/50 blend of compost and potting mix. And before you getting any clever ideas, un-sprouted rhizomes are more likely to rot than grow.

It is a good idea to keep 2 pots of Ginger on the go- one for harvesting and one for growing. Only harvest in summer and swap the pots around each year.

Tumeric and Galangal plants can be sprouted and grown by the same means.

Ok, so live Pandan plants aren’t  available in New Zealand, and if they were, it’s highly doubtful they would survive here – indoors or out. But so beloved is this herb to me that not including it would be a betrayal of my flighty cook’s heart. My God, did I really just write that?

Pandan is often described as the Vanilla of the east, and it’s not an entirely inappropriate name. The flavour is certainly not dissimilar, but pandan also has a subtle coconut/jasmine accent. Like vanilla, pandan is mostly used to flavour desserts and cakes, though it is sometimes added to soups, stocks and rice too. Although neither  live plants or fresh pandan are available New Zealand (yet), frozen leaves can be found  all good Asian supermarkets. Pandan is one of the few herbs that retain its flavour and colour after freezing. If there is only one new herb you try from my list,  make it pandan leaves – hands down the High Queen of Asian herbs and spices.

And so ends our amble down my herb-garden path (both actual and imagined). Go forth and dig, cook and be happy.

How to Make Perfect Ginger Crunch