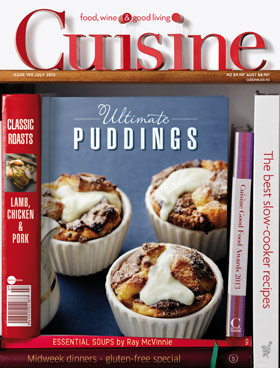 Diners in New Zealand are being treated to the finest food they have ever had,

the SanPellegrino Best Metropolitan Restaurant). It’s also one of only two

system, which adopts the hats and scores out of 20, as used by the renowned Good

there is a consistently excellent experience that’s inspiring and entertaining,” says

of the Year Awards), which are New Zealand’s only national restaurant awards.

Clooney, also in Auckland, is the only other restaurant to be awarded three chef’s

hats, with head chef Des Harris also taking out the Vittoria Coffee Chef of the Year

“Des Harris is nailing it. Yes, his food is intelligent and expertly composed, but most

Tyack said the judges were pleased to note that throughout the country, New

Zealand’s dining scene is continuing to evolve and strengthen.

“The connection between wine lists and menus is growing stronger, while the

continuing recognition of the value of locally sourced produce is hugely positive,” he

Restaurant – and the runner-up, Queenstown’s Rata.

addition to the excellent cuisine from chef-owner Kazuya Yamauchi, the judges

commented that they loved the entertaining and engaging service. The runner-up is

Napier’s Mister D, which the judges felt had brought a new sense of relaxed dining to

This year’s Villa Maria Estate Restaurant Personality of the Year is Al Brown.

“Al Brown has a knack for gauging exactly what we want to eat and drink right now,”

says Nicholson, noting his Auckland restaurant Depot has set many of the most

recent dining trends in New Zealand, including the joys of wine on tap, sliders, lamb

For further details on all the winners and other top restaurants across New Zealand,

check out the Cuisine NZ Good Food Guide – free with the July issue of Cuisine, on

sale 24 June. For more information on the awards go to cuisinegoodfoodguide.co.nz

or pick up a copy of the magazine.

Cuisine Restaurant of the Year 2013: The French Café

The Grove wins Metro Auckland Restaurant of the year for the second year running….