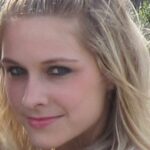 Despite how widespread the gluten free diet has become nowadays, there is still a great deal of confusion about why people avoid gluten.

There are those who avoid it as a lifestyle choice, because they hope it may help them lose weight or maintain a healthier diet. But then there are those who suffer from celiac disease, gluten intolerance or a wheat allergy.

For some, there may appear to be no difference between the three, however if you look closely, the fact one is a disease, one an intolerance and one an allergy is a significant clue the three are vastly different from each other.

Going back to basics, it is probably best to briefly explain the question that many people who have to avoid gluten frequently get asked – “What is Gluten?”

Put simply, gluten is a protein composite which is found in food that has been processed from grains such as wheat, barley and rye. The word ‘gluten’ gives a clue as to its function in that it acts like glue and helps stick food together. For example, in bread, gluten helps the dough rise, helps to keep its shape and impacts on the texture of food.

So, what is the difference between celiac disease, gluten intolerance and wheat allergy?

Coeliac disease is now known as a common genetic disorder and therefore parents with celiac disease should be wary when feeding their children gluten-containing products.

Those with coeliac disease should avoid subspecies of wheat such as spelt, semolina and durum as well as barley, rye, triticale and kamut.

Diagnosing coeliac disease can be quite difficult. Generally it is dignosed via a blood test, however this is not particularly accurate, and many celiac come up as ‘negative’. The only way to accurately diagnose celiac disease is through a biopsy, and even then numerous biopsies can be required before a correct diagnosis is made.

There are over 250 documented symptoms of celiac disease and gluten intolerance. The symptoms are extremely varied and affect people differently.

While celiac disease and gluten intolerance share more similarities, wheat allergy stands out on its own. An allergy to wheat is an allergic reaction to food containing wheat productions such as breads, cakes, cereals, biscuits, beer and soy sauce. Wheat allergies are more common in children and many will grow out of their symptoms as they reach adulthood. There are, however, still a number of adults struggling with a wheat allergy.

The allergic reaction to wheat is generally limited to the seed storage proteins of wheat. Some with wheat allergies may react to wheat proteins and others may react to certain varieties of seeds and plant tissues.

Many of the symptoms of a wheat allergy are similar to the symptoms of celiac disease and gluten intolerance, however they can also include chest pains, depression, dizziness, palpitations, runny nose, cough and swollen throat or tongue. A wheat allergy can also affect the respiratory tract system causing asthma-like symptoms. This means for a few unlucky wheat allergy sufferers, the consumption of, or inhalation of wheaten products can cause life threatening anaphylaxis.

The primary treatment for wheat allergy is to avoid wheat products yet some will require medication to manage allergic reactions for those times when they accidentally consume wheat. Those with a wheat allergy typically don’t need to avoid other gluten-containing grains such as rye and barley.

This does not mean, however, that those with celiac disease or gluten intolerance should be taken any less seriously when dealing with possible gluten-containing food products.

All too often, those who suffer from celiac disease or gluten intolerance feel as though they’re forced to claim they have a gluten or wheat allergy in order to ensure their meal is gluten free. It seems in many cases, unless a restaurant believe someone’s life may be at risk, they will not take the request for a gluten free meal seriously.

I must say though, this is not true of all restaurants. There are some that will take special care in ensuring a gluten free meal is completely gluten free.

Regardless of whether you have a wheat allergy, gluten intolerance or celiac disease, following a wheat or gluten free diet is never easy. It’s more time consuming (researching restaurants that are safe to eat at), more expensive (the price of a gluten free loaf of bread is enough to break the bank) and makes life that much more difficult. Yet we don’t necessarily have a choice. Unless we want to suffer the symptoms it is just one of those things that have to be done.

On the upside, we’re a lot more aware of what we put in our mouths and eat much less processed foods, simply because we have to. If you’re just discovering you have to embark on a life without gluten, don’t stress. It’s not the end of the world and once you know what to avoid and what is ‘safe’, it gets much easier.

To those who run a food outlet, whether it be a supermarket, a cafe or a restaurant – be careful with your claims of what is and isn’t gluten free. If someone wants a gluten free meal, they genuinely may require it, and not just be following the latest Hollywood fad. Don’t just take a guess as to whether a food item is gluten free or not – know your menu and be confident in providing safe gluten free foods for those who need it.

Now, all we need is a decent gluten free raspberry bun and I’ll be set.

One thought on “Gluten Intolerance vs Wheat Allergy vs Coeliac disease”