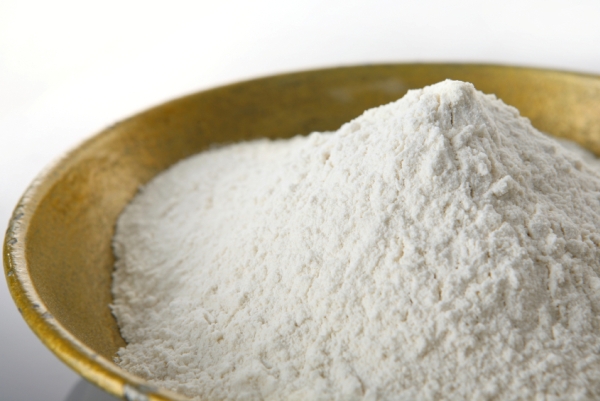 Choices are of course great but increasingly we are confronted with so many product choices that a simple trip to the supermarket can be highly confusing.
While flour is on the whole well labelled, the varieties are many and understanding which flour to use for what and also trying to read and understand labels can put you into a complete tangle, which is how I ended up on the phone to Garth Gillam, technical manager of Champion Flour.
Thankfully after 15 minutes of Garth’s time, I think I now have clarity, well enough to scratch the surface anyway.
It is important to get an understanding of the characteristics of the different flour varieties as ultimately the type you use will affect the end result
Wheat flour is generally separated into plain/standard or high grade flour depending on the protein content.  Protein, when combined with water and then mixed into a dough forms gluten, the important ingredient to bread and baking.  Gluten has become a dirty word in recent years but essentially unless you are gluten intolerant or worse, then home baking with wheat flour is unlikely to upset you at all.  The protein/gluten content in wheat flour makes the difference between using the flour for baking biscuits and light cakes or breads, pastry and fruit cakes (The word strong is usually associated with high grade and bread quality flour). This in theory is simple as it is surely just a matter of reading the label and seeing the protein percentage.  Unfortunately though this isn’t necessarily true as the difference between the protein in plain flour vs high grade flour may be as little as .5%. The percentage though is only part of the equation with the main difference being the quality of the protein, not quality for you and I in terms of health but quality in terms of the proteins ability to form gluten which is what high grade flour needs and has.  Different blends of wheat are combined to make this quality difference and this is something that flour technicians are constantly working on and refining.  With that in mind you need to put your trust in those that know the flour best and read the writing on the front of the packet rather than the numbers on the back.

Plain flour is also known as all purpose or standard flour, plain flour is made from ground wheat.  It is a medium strength flour and it used for baking biscuits, scones, sponges and most cakes.  Plain flour is not ideal for breads due to having a lower level of protein (gluten).  NZ flour is not bleached or fortified in any way and if it was then it would be breaking food standards. 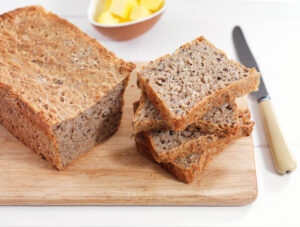 High grade flour is also a wheat flour, it is great for bread making due to the higher level of protein (gluten). Gluten works trapping gas as the loaf rises, making a well aerated (think small holes) loaf.

Strong flour or bread flour is essentially like a high grade flour but may be with extra protein that make it even more ideal for bread and pastry making.

Wholemeal Flour is a wheat flour that still contains the bran and germ.  Straight wholemeal flour isn’t ideal for bread making as the pieces of bran can cut through the gluten, thus extra gluten is usually added to wholemeal bread recipes.

Cornflour is called cornstarch in the US.  As well as being used as a thickener for custards and sauces it also adds an interesting texture and mouth feel  to shortbread and biscuits such as melting moments and yo yos.  In baking it is used in conjunction with plain flour. 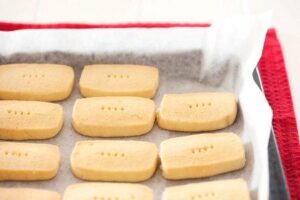 Rice flour is made from ground rice, rice flour is gluten free and is wonderful mixed with plain flour in shortbread where it gives a crisp, snapping texture.

Spelt Flour seems to be increasingly popular in “healthy” baking recipes due to being higher in protein, vitamins and minerals.  It comes with a hefty price tag and it is debatable whether the vitamins and minerals remain after baking.  In saying that though it is a lovely flour to make bread with due to its nutty flavour.
Sometimes people who have difficulty digesting wheat find spelt flour easier to eat (not to be confused with gluten intolerance or allergy)>

00 Flour is a flour that causes confusion due to the Italian style of flour grading.  In Italy flour is graded according to how finely it is ground, so the size of the flour particles, with 00 being the finest and 2-4 being more like wholemeal flour.
The 00 flour is so fine and silky it is almost like talcum powder.  00 flour comes at a price, currently around $10 per 1kg bag so it is important that you use it to its full advantage.  The labelling of 00 doesn’t mean pizza/bread flour it just means the size of the flour particles so read the words on the packaging to see what the flour is best suited for e.g. biscuits and cakes or bread and pizza.  The variance comes from the type of wheat used.
00 flour suitable for pasta is superior to any other pasta flour you will find on the retail market.  The tiny particles combined with protein quality give elasticity that is comparable to none.  As anyone who has made pasta will know, stretch is essential.

Rye Flour is popular in Eastern Europe and less so here.  Rye bread is low in gluten so bread made with pure rye flour will be heavy and dense.  Try mixing it with other flours that have a high protein count for a more palatable loaf.

Chickpea Flour is also known as besan flour or gram flour.  It is often used for pancake making in India and gives a wonderful flavour and texture to onion bhaji and other vegetable fritters.

Semolina Flour is the finely ground endosperm of durum wheat.  Durum flour is finely ground semolina flour. It is used in high quality Italian pasta, cereals,cous cous and some Italian bread loaves are also made from semolina.  Semolina flour is very high in protein and can be combined with other flours in bread and pasta making.

Self Rising Flour is plain/standard flour with the addition of baking powder.  It is useful for biscuits and cakes but not for baking that requires baking soda as the raising agent e.g. banana cakes/loaves or hokey pokey biscuits.
It is advisable to shake the packet or container before using to ensure even distribution of the raising agent.

What flours commonly lurk in your pantry and what do you use them for?
Are you a 00 flour user?

Apologies to those that are gluten free as I realise I haven’t touched on the best flours for you but that is a whole new topic.

17 thoughts on “Choosing the right Flour”