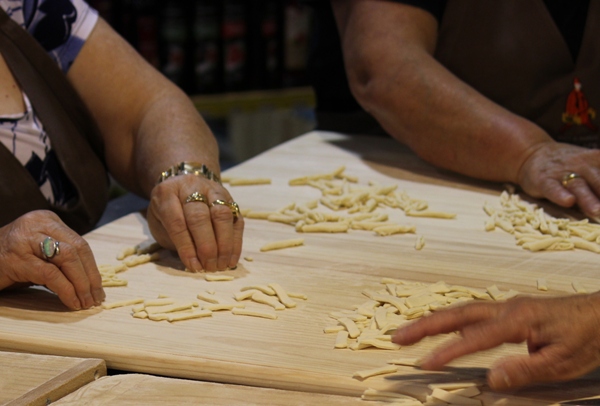 Some of my favourite all time meals are based around pasta and while they come and go in my cooking repertoire, they remain timeless in my mind.
Pasta is one of the ultimate in comfort foods and something I go to if I am tired or in need of a soothing meal.

Fresh vs Dried Pasta
In this world of fresh is best you could assume that fresh pasta is what you should use, but it is not necessarily so, it very much depends on the end use. 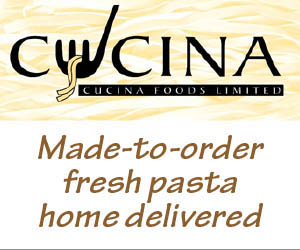 Fresh pasta is perfect in recipes with gentle sauces where the soft silkiness of the fresh pasta will shine through.  Dried pasta is best for robust sauces and definitely for soups and casseroles where the pasta is required to hold its shape, even after lengthy cooking.
While dried pasta is essentially flour and water, fresh pasta is made from a simple egg and flour dough, this is kneaded and rolled and then stretched through a pasta machine into long ribbons or cut into ravioli or tortellini.
I bought a pasta machine once, with good intentions of having strings of spaghetti stretched over broom handles and chairs in the kitchen…..  shortly after that I had children and the pasta machine sat in the back of the pantry gathering dust until I passed it on to a friend who needed something that was able to roll fondant icing.  It is one of those things that I still fancy doing and maybe it will be a treat for the grand children!

Rustichella dried pasta is a premium dried pasta produced in Abruzzo Italy – home to the most famous Italian pasta.  It is imported to NZ by Sabato and is produced by old artisan traditions.  At close to $17 per kg you may well ask what the difference is between this and the regular supermarket dried pasta and the answers would be – taste, texture and yield.
The pasta is made slowly and with care from the best durum wheat available and the cutters used leave a rough texture on the outside of the pasta meaning sauce will cling to it as opposed to just sliding off.  I think it is one of those things you probably have to try for yourself to truly understand the difference.

Which sauce for which pasta?
There are literally hundreds of pasta shapes and wondering which one for which sauce can be confusing.  Very simply it is best to think of spaghetti and long thin pasta being suited to thin oily sauces while thick chunky sauces are good for pasta with twists and hollows to trap the sauce.  We do however eat bolognese with spaghetti which does show that rules are easily broken.

Cooking Pasta
Pasta should be cooked in a very large saucepan of rapidly boiling water, giving the moving pasta space.  The water, it is said should be as salty as the Mediterranean.
In terms of cooking time, this will vary from fresh to dried and also the quality of the dried pasta.
Bite the pasta to test whether it is cooked, it should be just tender but still with some resistance.
If in doubt you could always throw it against a wall and if it sticks it is cooked….

Quantity per Person
If you work on around 100g per main serving of pasta then you are probably on track.  If using fresh pasta then up the amount to closer to 150g per person for a main serving.

Along with the children came mince to my life, despite my good intentions of feeding children blue cheese and olives, spaghetti bolognese quickly became a fixture on the weekly meal repertoire and there it has stayed.  While it isn’t something I necessarily want to eat, it is good solid family fare.  Mine is a mixture of pork and beef mince (or beef mince and bacon), loaded with vegetables and is something that is easily prepared ahead of time and reheated to order.

Some of our favourite pasta recipes

Spaghetti with Fennel and Pork Sausage

Chilli Prawns with Spaghetti and Rocket

What are your favourite pasta recipes? 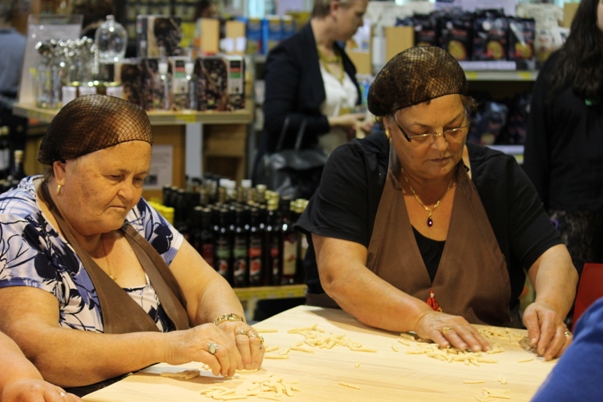 Of Pasta and Pasta Sauce

How to Make Meatballs