A well cooked turkey is magnificent, it looks great and tastes even better.
The challenge of the cook though is to produce a bird that is evenly cooked, with the legs being cooked thoroughly and the breast meat still moist.
Turkeys that are tender basted will retain moisture during cooking but for others it is often a matter of brining, covering them with bacon rashers, basting regularly or as Leith’s Cooking School in London promote, covering the turkey with buttered muslin.
With this method, a piece of fine muslin is immersed into a bowl of melted butter (I used 175g).  Once the butter has pretty much soaked into the muslin this is then draped over the stuffed and seasoned turkey, covering all visible skin.
The turkey is then cooked at 180 C for around 3 hours (depending on size of course) and at the end of cooking the muslin is simply peeled away to leave a golden crisp skinned bird with moist flesh.

Tip:  While trussing a turkey gives an aesthetically pleasing appearance, we think that the legs cook quicker and develop a crisp skin by leaving them untied. 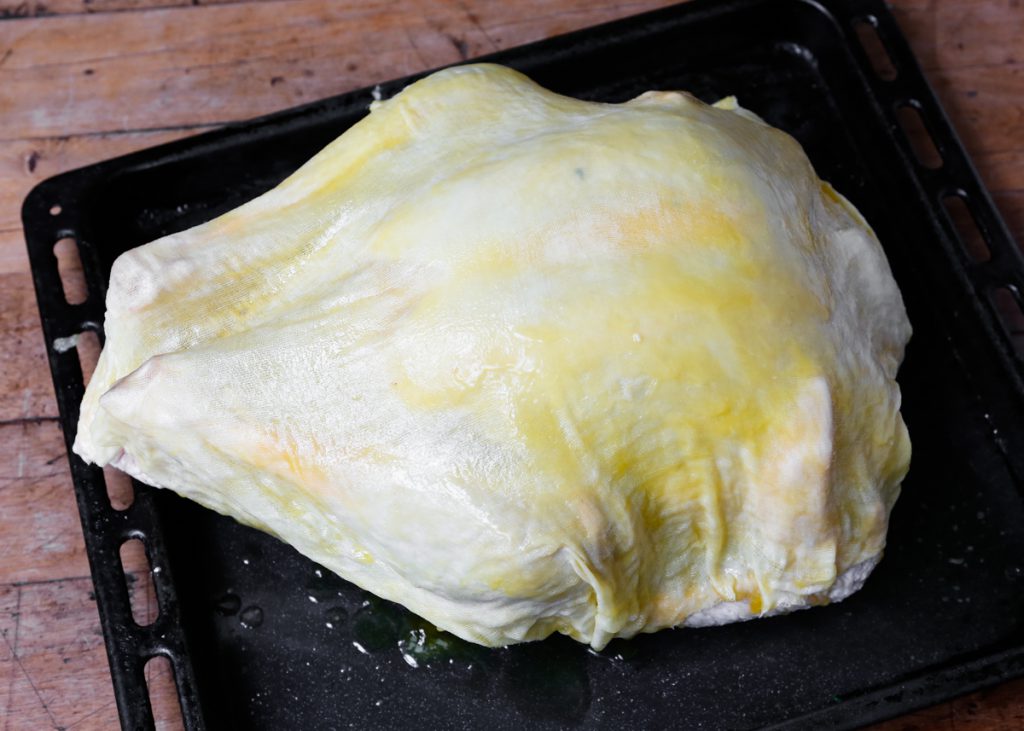 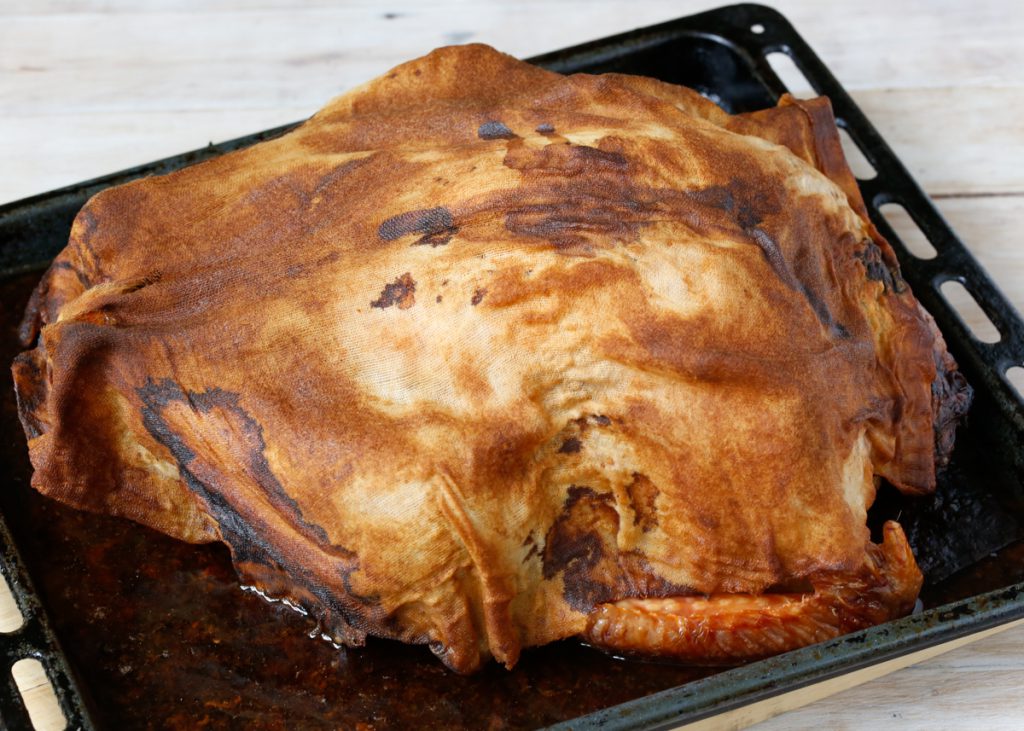 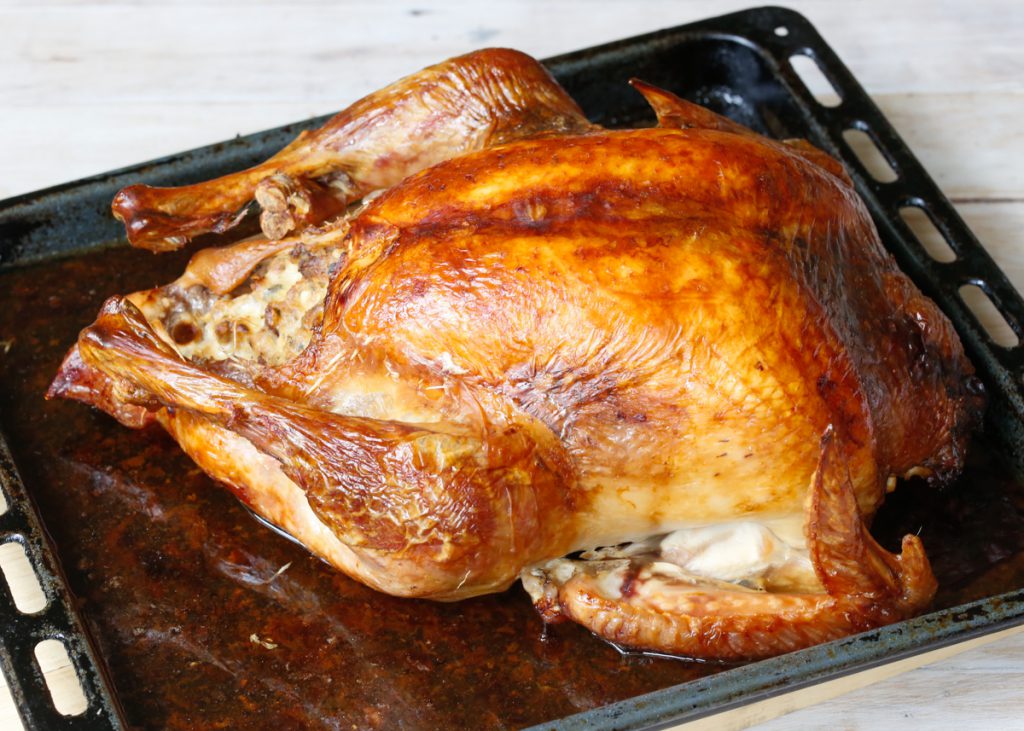 Has anyone else tried this method before or do you have your own foolproof turkey cooking tips?

PS My turkey may look a little wrinkled but that was purely while it waiting in line for its photo.