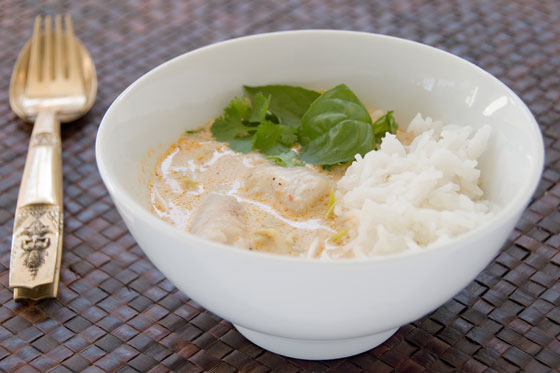 My daughter Olive  (nine months)  has now decided that Madre and Padre’s food is vastly more appealing than her own. If she’s up and about at meals times she quickly crawls over to the table and installs herself at our feet and like an overseized baby bird, begs for tiny morsels with greedy little chirps. Right now this is just indulgence on our part. The bulk of her food still consists of various purees and paps, and as much breast as she can wrangle, but it won’t be long before she’s supping with us exclusively. Well that’s the plan. Go ahead and laugh.

To some extent I feel like we have a fresh canvas in Olive. She has yet to learn to dislike anything really. When her uncle came to live with us as well-padded 11 year old, he was already conditioned to dislike pretty much everything we considered edible, favouring pies, fish fingers and an ocean of tomato sauce and little else. It took a concerted effort, involving uneaten meals and slammed bedroom doors, to recondition his tastes, but he came around eventually and now cooks like a pro, has sophisticated, adventurous tastes and an interest in balanced healthy eating. An achievement we’re quietly proud of, but it would be nice to avoid some of these struggles with Olive. Our plan is to slowly but surely introduce her to some of the more assertive flavours that feature commonly in our cooking. We eat a lot of food with a South East Asian accent which typically involves great swathes of garlic, ginger, onions and chilli. Obviously one can’t subject a baby to the last one. Chilli induces pain after all, so I think that would warrant as child abuse.

In most dishes, chilli can be added towards the end, after a small baby sized portion has been set aside. Job done.  But what to do when chilli is more than just a bit player? We eat Thai curries at least once a week, sometimes more, and the fact is, whether red, green, orange or yellow these dishes all use chillies, in quantity to provide not just fire, but colour and flavour too. Surely the universe doesn’t expect us to give up our beloved and in my opinion essential curry fixes? Stupid universe.

So I’ve been experimenting with home-made curry pastes. These are always superior to anything shop bought, but at least under my watch always end up gut-bustingly hot. Home grown chillies are such an unpredictable lot. The solution, in the end was just too obvious: Capsicums, peppers, whatever you like to call them – big, bright beauties with the entire complex nuance of chillies (from which they are genetically indistinguishable), but none of the heat.

Conveniently there are capsicums colours to suit all Thai curry types (although yellow curry paste is mostly coloured with turmeric) and I’ve so far tried red, orange and green with excellent results. Green curry, often the hottest of the genre, is particularly fine when made with green capsicums instead of the fiery green chillies. The wonderful, multilayered flavours are unclouded by usual incendiary discomfort and it is, I think a better dish for it. Purists would no doubt disagree, but I’ve never had much time for them anyway.

I don’t know why such a simple modification didn’t occur to me sooner. A bit embarrassing really. I like heat but truth be known, my home-made pastes always ended up being an exercise in pain and rapid breathing, albeit a delicious one. I can now control the heat quite precisely by adding it in the form of dried Thai chilli flakes just before serving, or as the case may be from now on, as an optional  table condiment.

Incidentally, through the course of my recent curry pastes experimentation I’ve also discovered the following:

A small stick of carrot makes a perfectly good substitute for the ubiquitous (and utterly flavourless) coriander root.

There is no advantage at all in ‘roasting’ the shrimp paste, as most recipe suggest. None apparent to me anyway.

So- here follows my no-fire green curry paste. It’s based on a luxuriuous and complex  Royal Thai version, just sans the murderous heat. Use with whatever meat, seafood or vegetables tickle your fancy.

Place all ingredients in a blender or powerful food processor and reduce to a very fine, smooth paste.

Use immediately or refrigerate for later use (will blacken if frozen). This paste can be used with any green curry recipes, such as this one or even this one.