Home » Moonfish – and much more 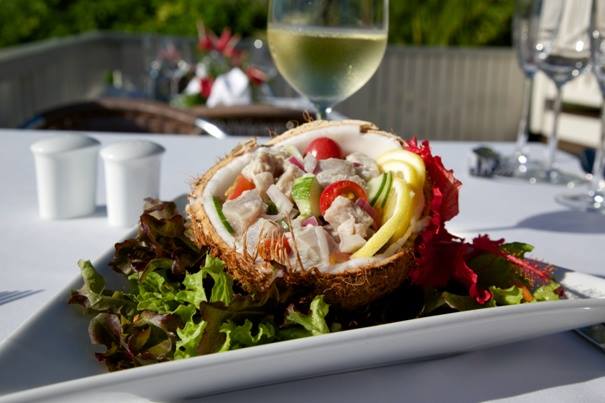 Niue offers a holiday menu experience like no other.

“You won’t find this on many – or any – menus anyplace else in the world,” smiles Kaiika Restaurant owner, Avi Rubin, as he proudly places a sharing platter of the most artistically crafted sushi and sashimi on the table and points out the hero pieces of Cheek of Moonfish Carpaccio.

“Moonfish cheek?” we enquire. “Well, how big is this moonfish? And actually, what is a moonfish?”

No sooner is the question asked than Avi produces a laptop with – you guessed it – pictures of the prized Moonfish, cheeks and all. At an average weight of 100kg you can imagine that yes, there is a little bit of cheek to go around. This creature that dwells at a depth of nearly two kilometres sneaks up to a mere 500 metres during the full moon, and there he can be caught and crafted by Kaiika’s top sushi chef, “Mr Toshi”, into the delicacy that takes pride of place on our platter. Tucking into the four-course Royal Feast at Kaiika we feel like culinary royalty – and at less than $40 a head for more than we could possibly eat we also have a treasure of a take-out for lunch tomorrow. 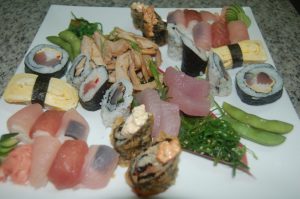 Having an Israeli-American owner and a Japanese chef makes Kaiika a bit of a cultural curiosity on the island, but then this tiny coral nation (pop.1400) known as the “Rock of Polynesia” has a reputation for creativity and doing things a bit differently. That’s part of the reason why visitors fall in love with Niue so quickly. Just like the menu at Kaiika, you won’t find the Niue experience on any other holiday menu anyplace else in the world: it is a one-of-a-kind and like no other. 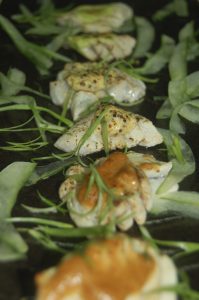 Be surprised by the tastes of Niue and its array of incredible natural experiences at this year’s inaugural KaiNiue food festival hosted by New Zealand food writer, Helen Jackson: www.kainiue.com

Find Sanctuary in the Hunter Valley with Peppers