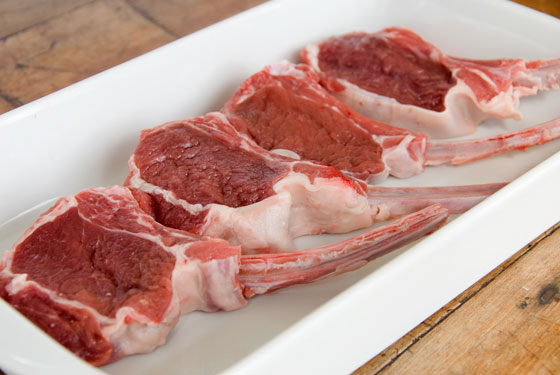 Rick Stein got me thinking. After attending his all-too-brief press conference last week, where he praised the rude health of the New Zealand food scene, I started compiling a mental list of the  flavours that really set us apart. This job wasn’t without its distractions and pitfalls either. Does one go down the obvious path of classic New Zealand dishes? Could do, but, most of these are just climatically inappropriate British leftovers (the often penitential weekly roast for example).  So should I stick to purely indigenous?  Trouble is, at the risk of invoking the Taiaha-based wrath of my ancestors’ restless spirits, much of what kept them ticking was pretty dire: fermented kina, anyone?

So instead – and I’m sure Rick (first-name basis now, you know) would support me here – I focused purely on ingredients – irrespective of provenance. Ingredients that are so overwhelming kiwi, that they are now synonymous with the land.  Some indigenous, others not, but all branded, shaped and seasoned by the subtleties of our air, sea, sun and soil.

A bit of a no-brainer really, and despite its latter-day status as a cure-all (which is mostly quite warranted), Manuka honey is still a very fine food in its own right. The deep, molassesy, almost bitter flavour of Manuka honey can be used to flavour ice cream, drizzled over crepes, blended with oil and sea salt as a baste for lamb or pork ,or stirred into a nice cup tea (Earl Grey, of course).

As a point of interest, Manuka honey makes for grumpy bees. Its thick, viscous nature is hard for the poor girls to process and the extra work involved makes them irritably sting-happy.

Personally my favourite way to enjoy this pricey delight is alongside a searingly ripe double or triple cream blue cheese. Kapiti  Kikorangi  or Gongonzola picante  are both very worth partners.

That said, my favourite of the many varietal honeys available in New Zealand, however is Otago wild thyme. This is extraordinary stuff and quite possibly New Zealand’s best kept food secret.

It’s often said that all our best lamb is sent overseas, and while this is mostly true (and rightly so) the stuff we do get is still pretty bloody brilliant. Especially if you’ve tried the lamb ordinaire peddled in most European supermarkets (if you can actually find European lamb). The British are particularly prickly about the quality of their lamb and it’s a topic best avoided with them at dinner parties- or not depending on your idea of a good night.

As with our dairy products, a year-round diet of pasture and fresh air greatly improves the texture and flavour of our lamb. It has a characteristically sweet, grassy flavour, rosy pink hue and gentle lamby/lanoline fragrance. I’ve never been much moved the classic kiwi lamb roast, with its lashings of flavour-drowning mint sauce;  give me a delicate spice rub and the briefest flash in the pan any day.

While loin, leg and fillet might be beyond the weekly budget of many, lamb mince is an affordable and tasty alternative. Shepherd’s pie is a timeless class act well worth revisting.

I don’t like mussels. Not on their own.  But credit where credit’s due – they are a kiwi classic, cooked or raw, in the shell or from a pot.  While I don’t eat them as a stand-alone, their flavour is woven into the fabric of my formative years in and around seafood restaurants.  Green-lipped mussels bring a bold and punchy wall of flavour to classic dishes like bouillabaisse and many seafood curries, which would otherwise seem thin and two dimensional. A dozen mussels – shell and all – added to a fish stock makes all the glorious difference.

Maori came to New Zealand with a well-stocked larder gleaned from the edible highlights of their meandering journey across the Pacific. Breadfruit, coconuts, and taro were all stowed and diligently planted upon arrival, but ultimately succumbed to our climate. I know the feeling some days. The reportedly quite tasty kuri (Maori dog) were unwittingly bred out of existence, and the mostly innocuous kiori (Polynesian rat bred by Maori for their tender, sweet flesh) didn’t fare well once Europeans introduced them to the thuggish and (apparently) unpalatable Black and Norway rats.

The sweet potato, or Kumara, however was a success and a triumph. In fact without this starchy root it is doubtful that Maori would have survived in New Zealand. It just so happens that my ancestors’ salvation is also exceptionally tasty. The sweetness, mellow flavour and silky smooth texture of the kumara is a uniquely local pleasure. Certainly, sweet potatoes are grown in many other parts of the world – not least their native South America – but nowhere else have they reached such sophistication and refinement. The kumara is testimony to the absolute artistry of Maori plant breeders.

Butter-laden, honey- (Manuka if you like) sweetened kumara puree is a peerless partner to rich, fatty meats. Hangi baked Kumara, with its fudgy flesh and smoky sweet flavour is just about as kiwi as food gets, without eating an actual kiwi, which apart from being highly illegal, should apparently be avoided at all costs. One early European settler described our somewhat munted icon (a bird that can’t fly? Really) as having “rank and odiferous flesh”

The only time most of us think about mutton birds is in association with Don McGlashan or when changing tax codes. This is a shame and one of those ‘your loss, not mine’ situations.

Mutton birds, or sooty shearwaters (a small seabird) are harvested as nearly fledged chicks from 36 small islands around Stewart island, between April 1 and May 31each year. Muttonbirding is the exclusive ancestral right of the local Rakiura people. As a leftover from pre-refrigeration days, when the annual catch would need to last many months, mutton birds are plucked, gutted, butterflied and packed in salt. The end product as sold in certain fish shops looks rather like a flattened, malnourished chicken.

Before you get anywhere near eating a muttonbird you need to de-salt it. This is usually achieved by slow simmering in water, often for several hours. Once prepared the bird can be grilled or roasted in a slow oven or – and this is by far my favourite way with mutton bird – torn apart and very, very slowly cooked in its own copious fat to make  a unique and luxurious confit. This is just fabulous served with crispy roast potatoes and wilted spinach. Alternatively blend the stripped confit flesh along with a little butter and parsley into a smooth mutton bird paté.  The texture of the muttonbird flesh is similar to duck but the flavour is distinctly (and to some off- puttingly) fishy, due the bird’s strictly piscean diet. Acquired taste or no, muttonbird is a uniquely  kiwi food with a long and deservedly proud history.

And I could go on… White bait, Eel, horopito pepper and kelp salt to name a few other very worthy contenders. But I’ll leave that up to you.

What are your Classic Kiwi Ingredients, and how do you use them?