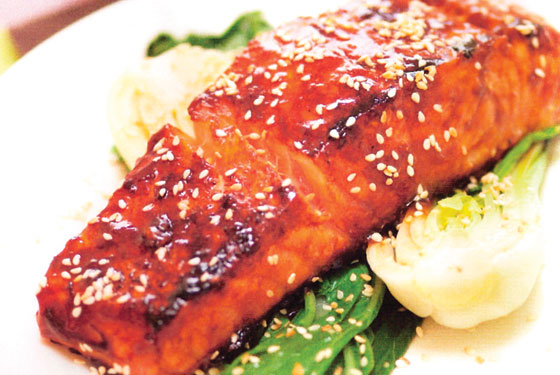 We have a back-to-front way of looking at our seafood these days: salmon – flavoursome, farmed and fairly priced – is still viewed as a luxury product, while wild-caught snapper remains the stuff of ho-hum ( if extravagantly expensive) fish and chips. Our attitudes are based on a long-gone era, and are as such out of step with some cold, hard economic and ecological realities.

Enough already with the mythical kiwi birthright of shimmering, fresh seafood. This belief was barely sustainable a generation ago, and is pure, malignant fantasy now.  It may be a depressing cliché, but it’s true never the less that we have raped and pillaged the oceans to the point, and quite possibly beyond, of no return. This is true of all commercially viable species in every ocean. Locally, we made short work of our Orange Roughy stocks in the 1980s. Once they were all but gone we turned up the heat even further on Snapper. Although still the archetypal fisherman’s trophies in the northern New Zealand, Snapper stocks are in an abysmal state, yet they continue to be harvested with gay abandon. Yes, the quota system limits catch sizes, but what is less dependable is how sustainable those catch sizes really are.

The fact that we still haul wildlife from the sea for our consumption is astonishing. We farm everything else we consume with true hunting little more than a folly, so why is the sea still our larder?

Of course plenty of seafood is farmed around the world – about 42 %to be imprecise.  But despite ample potential in this regard, Salmon makes up the lion’s share of farmed seafood in New Zealand. But lost opportunities aside, this is no bad thing. New Zealand farmed Salmon’s reputation for excellence is well deserved, and we are now world leaders in this complex hybrid of science and art, producing upwards of 10,000 tonnes per annum.

Luxurious in reputation and consumption, Salmon, especially the Chinook or King species (originally from the Canada’s Pacific coast) favoured in New Zealand, is about as good-eating fish as you are ever likely to meet.  I often wonder if part of the reason for our cultural deference to this fish is due to its all-encompassing richness of texture, flavour, colour and fragrance. Never mind that it’s now a relatively cheap fish – impoverished aristocrats are still aristocrats aren’t they?

It is probably only a quirk of fate that led the local industry to focus its efforts on Chinook salmon. Almost all overseas salmon culture and fishery focuses on the better-known Atlantic species. This is the Salmon perused in the Scottish highlands by men in waders and absurd tweed get-ups, and the one that has graced the tables of the rich and powerful for centuries. It is also, when compared to its more obscure cousin (the Chinook salmon) a very ho-hum food fish. Chinook is by far the most flavoursome, fatty, and deeply salmon-y of all its kind, and New Zealand is one of the few places on earth where it can be had for a song, whenever we please.

Before I’m done with my shameless Chinook sycophancy, let me also remind you that this fish is like an piscine super-tonic, packed full of long-chain omega 3s, Vitamins A through E, calcium, protein for Africa (lord knows they could use some), and more amino acids than you could shake a stick at. Yes, yes I do know what most of this means, but I’m not a doctor and have no interest in trying to sound like one. You can either take on my fairly good advice that Salmon will make you better looking and long living, or you can ask a nutritionist. ‘Course my advice is free.

As part of its irksomely high-brow status, salmon is usually regarded as something in need of fussy, smug technique and the ministrations of experienced hands. Quite untrue. You see salmon is not just better than (a good deal of) sex, it’s also idiot-proof- within reason. Due to an exceptionally high fat-to-flesh ratio, it’s pretty hard to ruin Chinook Salmon by overcooking it, short of outright immolation (and even then…). At the other end of the stupidity spectrum it can be safely, and quite delectably, served completely raw.

Salmon is by far the most popular fish in local Japanese restaurants, and is a great first sushi and sashimi choice for timid, raw-phobic types, with its lovely silken texture and rich mouth-filling flavour. Enthusiastic and, dare I say adventurous sashimi fan that I am,  I have to concede that fresh, expertly sliced and spectrally-dressed salmon is very, very hard to top.

To many, salmon and smoked salmon are interchangeable concepts. The two words effortlessly find each other in any word association game, and for good reason. The nuanced, ancient flavour of wood smoke, forever burnt into our genetic memory, has rarely found a better partner than salmon.  This is true of both hot and cold smoked salmon, but both are very different beasts, each with their own preferred habitat.

Cold smoked salmon and its dill-spiked, un-smoked cousin gravlax, are best savoured as they come: raw and velveteen, on dark, substantial rye bread, bagels, or barely cooked, cream-embellished scrambled eggs. These variants on a fishy theme are among the truest and most fragile expressions of this finest of fish.

Hot smoked salmon, with its denser, cooked flesh and deeper smoky flavour can be used in pasta dishes, on pizza, in kedgeree and in sandwiches. (It’s not too shabby giddily scoffed from orange-oiled fingers either.)

So after all of this, I realise I haven’t written a guide to using salmon so much, as an ode to a fish I love, something bordering on a national (albeit imported) treasure, really.   More importantly, I offer you this as a plea to think seriously before you shell out for wild caught fish of any kind. But then it’s not my place to judge you. It’s yours.