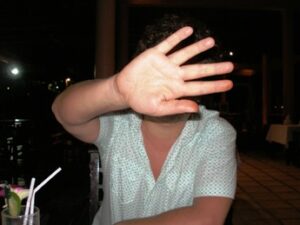 What is it with people and their coffee preferences? Once upon a time coffee was either white or black, filter or instant. Sure it tasted bloody horrible, but at least there was little room for pretensions and misguided dietary convictions on the part of the punter.  Nowadays New Zealand has one of the world’s more sophisticated coffee cultures, and our roasters and baristas conspire to produce some pretty extraordinary cups.  However, as with any movement in fashion, there are myriad posers.

Spend half an hour in any city cafe and you will observe an endless stream of sad buggers seemingly vying for the title of World’s Stupidest Coffee Order, from the mildly irritating trim cappuccino to the supremely dumb de-cafe trim soy macchiato.

What is the motivation for this sort of silliness? Have these people no shame? Well, having asked around a bit, it seems to be a heady mix of peer pressure, genuine-but-highly-flawed health consciousness, and finally, screaming affectation.

A cafe I’m rather fond of (largely on account or their incredible rhubarb & custard brioche and alluringly surly waitresses) is also very popular with the local Parnell ladies who lunch. This clan is fearfully image conscious and the ladies like to outdo each other when it comes to ordering caffeine, fat and fun-free coffee.  Maybe it’s bad for the Botox and collagen, I don’t know. The ultimate stupidity in ordering such butchered beverages is that they are frequently accompanied with a fat and carb-laden lump of stodge, such as the ubiquitous and tedious muffin (does anyone actually like these, really?). The amount of fat in a regular flat white is far, far lower than such associated baked goods.

Unless you have heart problems, an impaired liver or insomnia there is no good reason to go near the thin woody nonsense that is decaf.  All coffee tastes pretty rough, but at least it makes your head spin. Decaf has no such benefits. It’s just oral flagellation.

I have an inherent distrust of artificial sweeteners, based largely on half-remembered alarmist articles I’ve read, but more importantly based on my wondering how much sugar people are having in their coffee that they need to worry? Unless you’re diabetic, suck it up Sugar! At any rate, I’ve always felt people who sweeten their coffee were a bit soft;  coffee should be bitter and nasty. If you can’t handle that, order a cocoa and have a nice sit-down.

I know several people who have claimed to be lactose intolerant. When pressed, every one of them admits that they haven’t actually been tested for this – they just know. You see, allergies are chic. Everyone who is anyone is lactose intolerant and probably gluten intolerant too. Rather than finding these types admirable and sympathetic I find them deeply irritating.  I take every opportunity to sneak vast quantities of lactose and gluten into whatever I’m serving such fraudsters.

But the worst coffee sin? Ordering a fluffy for your wee one. I know, it’s just a bit of frothed milk. But what you are doing right there is initiating a child into coffee drinking- a decidedly grown-up pursuit. Just because they want to feel like a ‘big person’ by joining you in a cuppa, doesn’t mean you have to humour them.  What’s wrong with a glass of apple juice?