Home » The Case of the Exploding Eggplant 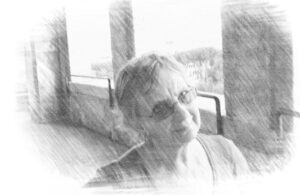 Yes you read that right. This blog is about a historical event. The event remains firmly entrenched in my memory. An experience which kitchen novices should be prepared for. Just as households need to have a natural disaster kit prepared, they also need to be aware of errant eggplants. If it can happen to me, it can happen to you.

Eggplant or Aubergine – they are one and the same. Aubergine sounds very exotic, but is now entrenched in my memory as a paint colour. Think of a sentence in a novel reading: ‘Her kitchen walls were painted in a slight aubergine hue.’ Now I refer to the once humble aubergine as an eggplant. You can call it what you will.

Enough of wordsmith meanderings. My wonderful husband George is Romanian. So our meals are a fairly eclectic mix. George was homesick for an eggplant salad/dip. Phone calls to Mama, safely ensconced in Romania, ensued. And this is where, sometimes, instructions get lost in translation.

I had the eggplant. I was told to roast it, skin and all. Over yonder, they pop the eggplant on a hotplate. I wasn’t going to plop anything on a hotplate – “Hello. Who has to clean up afterwards?” So I decided the said eggplant could go in the oven. After all what is the difference between a hotplate and an oven – approximately 12 inches if that?

Time passed. The clock ticked. A peek in the oven – a knock on the eggplant. It was solid. More time passed, more waiting and more peeking – you get my drift. Well close to an hour later that eggplant was still rock solid. It didn’t feel roasted or even just a smidgeon soft. George was summonsed from his garage duties. Like a damsel in distress, I cried ‘Help!”

Just as he would lift a baby from a bassinet, George took the eggplant from the oven and placed it on a board. He gingerly poked a knife in. Well faster than you can say “Kapow, Boom, Whoom” – it exploded. The noise effects were actually quite spectacular. Not that George appreciated them, as he was splattered in burning hot eggplant. Oops. We are still married. Evidence he is prepared to overlook my kitchen foibles.

Lesson learnt. Pierce the eggplant first. Unless you want to make like you are at a rock concert. Or if there is a person in your life you are not terribly fond of, invite them over. And say ‘could you test this eggplant for me?’. Not that I would do anything like that!

Now that I have mastered roasting a whole eggplant, I often make the following recipe. After 30 minutes or so in the oven, take your ‘PIERCED’ eggplant and peel off the skin. Lay it on a board, and raise the board slightly so any residue liquids drain into the sink. You can leave overnight. Finely chop the eggplant and red onion. Place into a bowl and stir in mayonnaise.

Uses? I have served this as an eggplant dip. Instead of tomato paste or a tomato sauce on the base of your pizza, layer the eggplant dip instead and then top with what you will.

A dip In the mouth is worth an inch on the toosh!

Blender vs Food Processor, which one for which job?

7 thoughts on “The Case of the Exploding Eggplant”