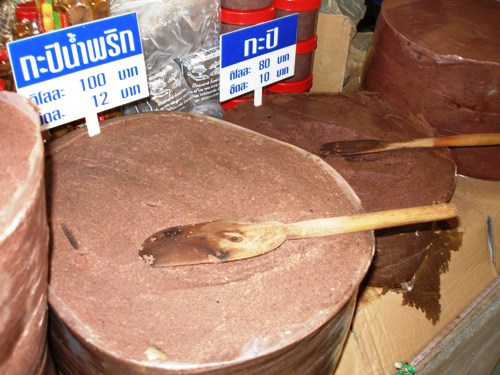 This week, while reorganising the sizeable portion of my pantry set aside for spices, it occurred to me that a number of the things that I use everyday are probably all but unknown to many. And I feel it’s my job to share the love… well you see where I’m going here.

I’m not talking about flash-in-the-pan novelties here mind, but heroes of various great cuisines, that for whatever reasons have yet to make a splash in the magpie arsenal of the western repertoire.

Despite some off-putting appearances and odours, for that matter, these are all good things that will improve your cooking and bring a smile to your face. Promise.

Looking rather like jumbo macadamia nuts, these are used extensively in Malaysian and Indonesian cooking, particularly in curries and laksa, where they thicken sauces and impart a rich nutty flavour. According to many sources raw candlenuts are mildly toxic, but as a child my mother, (who grew up in Samoa, where candlenut trees grow freely) ate them by the handful almost every day, with no ill effects. So go figure.  The nuts grow on huge trees and are encased in a very thick, woody shell. Necklaces made of the black/brown polished, unshelled nuts have long held ceremonial value in many Pacifica cultures.

Westernised Asian cook books will usually suggest macadamias as suitable replacements for candlenuts but these lack the flavour and intense creaminess of the real thing. Shelled candlenuts are available from most Asian Supermarkets and a very affordably priced

Thanks to their abundance and worldwide distribution, anchovies feature in the cuisines of a great many cultures. In South East Asia they are the base ingredient for the region’s various fish sauces, are fermented into things best avoided by tourists, and are dried for use during times of leanness.  The most renowned of the dried anchovies are Ikan Bilis of Malaysia and Indonesia.

These are most famously deep fried until crispy and served with Nasi Lemak (coconut rice with sambal, curry and boiled egg), and used to make wonderful sambal ikan bilis – a thick chilli-laden sauce redolent with garlic, palm sugar and assertively fishy ikan bilis.

Rather like many other Asian preserved fish products, Ikan Bilis have a bark-worse-than-their-bite fishy odour, but a wonderfully refined, sweet flavour. In their crispy deep-fried form they are more than a little like pork scrachings, and are similarly addictive.

Another right stinker, but hands down the most important ingredient for creating an authentic Indonesian flavour. Belacan is made with salted, fermented, dried and finely ground shrimps. In its raw form it really does smell appalling- almost sewagey – but when heated in the pan and combined with other ingredients it adds an indefinable, but wholly wonderful, savour.

Rather like anchovies in certain pasta sauces, Belacan acts like an invisible flavour glue and enhancer, working  strange magic in the background.  If you’re a fan of Nasi or Bami Goreng, Gado Gado, or Indonesian and Malay sambals you need Belacan. Two hundred and thirty eight million Indonesians can’t possibly wrong.  The very similar Thai version, kapi (pictured), is used extensively and quite essentially in Thai curry pastes.  To my mind the two versions are interchangeable.

Also affectionately known as devil’s dung, asafoetida is rather like the Indian vegetarian version of fish sauce and shrimp paste. Generally sold as a compound powder (diluted with rice flour or similar), it is made from the dried resin of a species of giant fennel. The main reason it is sold in this form (apart from cost) is that pure asafoetida is simply too strong for most tastes and is difficult to portion correctly.  The fragrance of the raw powder is something akin to rotten onions mixed with rotten eggs, but the flavour- thankfully- is quite different. Asafoetida adds a meaty depth to vegetarian dishes, rather like the umami character of marmite or bonito flakes.

Vegetarian curries and dhal are very much part of my home cooking repertoire, but as a carnivore at heart I simply wouldn’t bother if it weren’t for the subtle but quite profound influence of asafoetida. I use it in my blood-thirsty efforts too, like this Korma of my own invention.

Asafoetida (sometimes labelled as ‘Hing”) is available from all Indian spice dealers or grocers.

Another essential from the subcontinent, Amchur is a powder made from dried green mangoes. It is used as a souring agent in many curries, imparting acidity without the overt citrus tones of lemon or lime juices, and unlike tamarind water, does not darken the dish. In addition to its tartness amchur has a subtle gooseberry-like fruitiness and a vaguely granular texture. It is considered an essential ingredient in many dry curries like chana masala (chickpea curry), and can be used to bring extra sourness and flavour to refreshing yoghurt lassis and sweet, icey kulfi.

Although rare outside of their own cuisines, these items are all freely available in New Zealand. Once you get past their various quirks of odour, texture and alleged toxicity they are bound to worm their way into your heart and pantry too.

A bit on the side