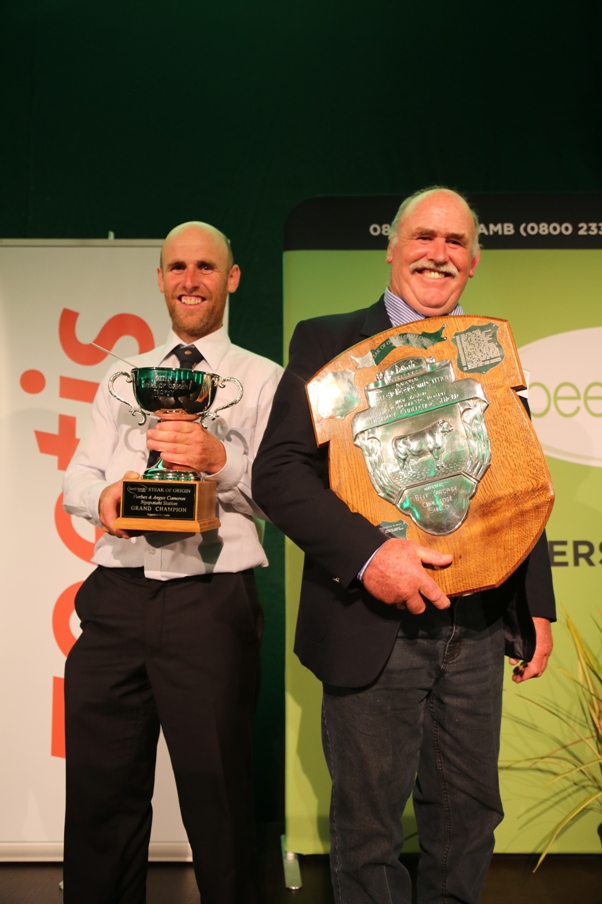 An Angus sirloin from the farm of Forbes and Angus Cameron in Ashhurst has been judged the nation’s most tender and tasty steak at the Beef + Lamb New Zealand Steak of Origin Grand Final this evening.
Forbes and Angus Cameron have made history tonight – they are the first entrants to take out both this competition and the Beef + Lamb New Zealand Golden Lamb Awards (Glammies), in 2008.
The Camerons were announced as tonight’s winners after an intense tasting of the top twenty finalist steaks by BMX World Champion and Beef + Lamb Iron Maiden, Sarah Walker; NZ Listener Food Columnist, Lauraine Jacobs; Executive Chef at Wharekauhau Estate and Beef + Lamb Ambassador Chef, Marc Soper and Head Judge, Graham Hawkes.
The competition, sponsored by Zoetis, is in its 13th year and celebrates the hard work and dedication of our New Zealand beef farmers.
NZ Listener Food Columnist, Lauraine Jacobs says it was a privilege to be involved in the judging of New Zealand’s top steak.
“We judged each sirloin steak on aroma, juiciness, tenderness, texture and of course, taste. The quality of the beef I tasted this evening was simply exceptional and is a true testament to the skill of our producers,” says Lauraine.
Forbes and Angus Cameron take home the Beef + Lamb New Zealand Steak of Origin Grand Champion shield as well as $5,000 in prize money.
Two other prestigious awards were also announced this evening, the title of Supreme Brand Champion went to Countdown North Island and the Processor of the Grand Champion was Land Meat.
Also proving successful this evening, was Nero Restaurant in Palmerston North who won the Manawatu Beef Dish of the Year, as judged by close to 1,000 local diners over the past three weeks.
—