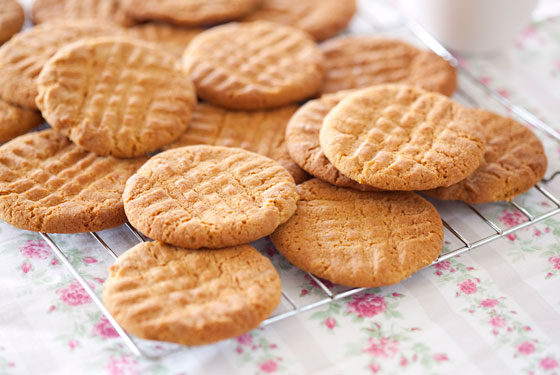 When I was a pup, biscuits were mostly regarded as a treat food for children. At least that was my self-serving perception. There always seemed to be a packet of shrewsberries, digestives  or their various average kin in the pantry, ready for inclusion in school lunchboxes and as a quick pick me up – or, as was more likely the case,  to shut me up after school. Chocolate biscuits were more of a luxury and mostly the domain of grandmothers, who as a breed have never been above buying the affections of minors through sugar and saturated fats.

The biscuit world is very a different place today. Grown up biscuits, particularly of the chocolate-covered, cream or mystery goo-filled kind, dominate supermarket aisles and are marketed overtly and ad nauseum to adults, usually by way of lurid innuendo.

In my early days of adulthood, having few real responsibilities, an unstoppably svelte physique and what seemed like a vast disposable income, I gorged on chocolate biscuits on an almost daily basis. Although mortgages and treacherous girth have since caught up with me, it is still my contention that the freedom to buy and eat chocolate biscuits whenever you bloody-well feel like it is one of the pillars of adulthood and financial independence. An uncharitable naysayer recently told me it rather sharply brings into question whether I’ve ever really grown up at all.

Either way, I have an endless appetite for good biscuits and/or cookies, both homemade and to a more discerning extent, shop bought.

Although mass-produced chocolate-covered biscuits are a relatively new invention – first appearing around the 1920s – biscuits as family of baked goods are very, very old indeed. Originally conceived as a high-energy travelling food, the first sweet, flour-based biscuits appeared in  7th century Persia, and were designed to slip neatly into ones saddle bag and last indefinitely during long desert treks. Much earlier still the ancient Egyptians, Greeks and Romans issued their troops with flattened sun-baked fig cakes as part of their standard field ration. This history still strongly informs the size and shape of most modern biscuits, but because of a distinct lack of camel-based continent crossing and foreign land plundering in most of our daily lives, biscuit consumption has less to offer us now in terms of health-giving benefits.

The actual word ‘biscuit’ is a French translation of the medieval Tuscan word biscotto (biscotti is the plural), meaning twice cooked, which describes the process of double baking used to ensure a very long storage life. This method is still used today in the production of biscotti cantucci . Confusingly, this is the correct name for what we in New Zealand simply call ‘biscotti’. Asking for ‘biscotti’ in an Italian bakery would be as vague and bewildering to the baker as asking for bread. Asking instead for biscotti cantucci, biscotti amaretti  or biscotti pinolate  on the other hand (per favore. Grazie mille) would see you furnished with some of the finest baked goods ever to grace your palate.

The term ‘cookie’ is a far more recent, but not, as some might imagine,  purely American word. It is in fact the Anglicisation of koekje, a Dutch word meaning ‘small cake’ and it fell into the American vernacular because of the influence of Dutch immigrants on the baking business. Today we tend to associate the word with American-style biscuits, and most famously the chocolate chip – probably the most widely consumed sweet biscuit in the world today.

Interestingly (by which I mean I find it interesting) this most ubiquitous of biscuits is practically a wet-behind-the-ears bawling babe. The chocolate chip cookie first appeared in 1933 when, on an apparent whim (or by accident – the story has reached quite distorted mythical proportions), Massachusetts inn keeper Ruth Graves Wakefield decided to toss a handful of roughly chopped Nestlé bittersweet chocolate into her plain cookie batter. The chocolate stubbornly refused to lose its form during the baking process, remaining as small delectable nuggets throughout. And thus was born the very first chocolate chip (or chocolate crunch as Ruth Wakefield called them) cookies. Needless to say, the cookies were a hit and became a national sensation as Toll House Inn Chocolate Crunch Cookies. The success of the cookies led to the publication of the wildly popular title Toll House Tried and True Recipes,  now considered something of an American classic. Nestlé eventually acquired the rights to the cookie recipe and through their vast resources and market penetration helped it to achieve global dominations. If you want to try your hands at the Mrs Wakefield’s original recipe click here, or for something tried, true and sublimely good from the Foodlovers archives, have a crack at these San Francisco chocolate chip cookies.

After cantucci , which I adore dipped in coffee, vin santo or shamelessly naked, my second favourite biscuit in the whole wide world (so far, I’m still young) is shortbread. This might sound a bit of a dull  choice when there are so many others glamorous possibilities, by to my taste, the humble shortbread is a thing of measured and honest beauty. It tastes of nothing more than what it is – good-quality butter, plain flour and sugar. These basic, elemental ingredients are so rarely allowed to shine, but in this form do so with pure elegance. Quite incongruous when you consider that other so called treasures of highland gastronomy, the Haggis- a veritable culinary ode to a fart.

Shortbread or Nice, Belgium biscuit or Rusk – cookie preferences are indeed a deeply personal thing, but as grownups we are free to indulge in our various favourites as liberally and as often as we like. It’s our right.  What’s the point of being an adult, hounded by debt and responsibility if you’re going be held back by an endless mantra of ‘oh I really mustn’t‘?

How to Make Great Chocolate Chip Biscuits or Cookies

The Best Homemade Gifts from the Kitchen